5 Situations Where Sacrificing Productivity Is Worth It

Being more productive is a good thing.

The more productive we are, the more we can achieve at work, home, school and every other facet of life. It’s on this premise that a wide range of productivity tools have emerged. These tools promise to make individuals and organizations more efficient, and many of them actually do what they promise (most of the time.)

Nevertheless, productivity tools aren’t a positive force in every situation.

Interestingly, the sea of productivity tools available today hasn’t necessarily translated to a commensurate rise in productivity when compared to years past when most such technologies didn’t exist. There are numerous situations where productivity tools and productivity goals can have negative, unintended consequences. We look at some of these below.

1. Getting To Inbox Zero

Email is the number one mode of business communication today, with nearly half a trillion emails sent every single day. Work assignments, customer inquiries, product development conversations, and long-term business strategy are just some of the discussions that occur over email. It’s thanks to the importance of email that there are dozens of productivity tools that seek to help users get their count of unread, unanswered or unacted on emails down to zero.

On the face of it, this is a commendable objective. However, email is a business enabler and not an end in itself. You could get so bogged down on managing your email inbox and subsequently fail to devote as much time as is needed on actually getting work done. In that case, getting your inbox down to zero won’t necessarily mean delivering maximum value for the business.

According to Siftery, Salesforce, Facebook and Apple use a staggering 559, 314 and 287 tools respectively. This may not seem like a big deal since the three examples are highly profitable multi-billion dollar corporations. The overwhelming majority of businesses though don’t have the luxury of enormous warchests so each additional tool is a cost the company could ill afford. For example, you could choose to use a single log tool to track network activity, instead of multiple tracking tools that bog applications down.

There’s also the expense incurred in ensuring the tools are compatible with one another and with business applications. This cost can be substantial. Overall, at some point, the savings realized from implementing dozens of productivity tools will be less than the cost of procuring, maintaining and integrating the said tools.

It also makes a difference which tools you choose. You could realize substantial savings by opting for simple tools, such as a Nozbe app, that can cover multiple facets of your daily work and help you manage time, projects, tasks, to-do’s, and easily communicate and collaborate in a team environment.

When using a productivity tool, you will often have to switch back and forth between the tool and other business applications multiple times a day. In large organizations that rely on hundreds of tools, the average employee may work with a dozen or more applications per day. Such multitasking between applications may seem impressive as the user is presumably attaining their goals on multiple fronts.

On the contrary, though, studies have shown that multitasking actually diminishes productivity, inhibits orderly action and hampers smart prioritization. Once someone switches to a different application, it takes them several minutes to regain their bearing, adjust their mind and focus on the task at hand. It’s worse when these productivity tools have a mobile app version as the constant alerts will be a distraction.

Productivity tools can help you realize the highest quality and the maximum output from your inputs. This is commendable. Nevertheless, productivity apps can suck you into a vicious cycle of pursuing unachievable perfectionism.

To put this in context, think about productivity apps on our phones, which are powered by some of the largest cloud hosting providers on the planet. Neither cheap web hosts nor cloud computing behemoths like Google, Microsoft and Amazon guarantee their clients 100 percent uptime. It is 99.99999 percent at best.

A recent uptime analysis, published by HostingCanada.org CTO Gary Stevens, found that both average loading speed and average uptime varied wildly among top hosting providers, with speeds of 336 ms to 7502 ms and uptimes of 99.993% on the high end to 97.643% on the low end - a difference of 2.35%. The cheaper the web hosting, the more downtime will be expected. With more downtime, you run the risk of fewer visitors.

Now imagine if these businesses decided to drop everything else they do in order to concentrate their energies on achieving 100 percent uptime. The time and cost needed to attain this perfect goal would far outweigh any benefit accrued from raising reliability by 0.0002 percent).

Similarly, productivity tools that emphasize perfection are counterproductive. The goal of work should first be to finish tasks and not execute them perfectly.

Many productivity apps are designed to ensure nothing falls through the cracks. It’s based on the understanding that some tasks may go uncompleted not because the worker doesn’t want to or cannot do them but simply because they forgot about them. To mitigate against this risk of unintentional oversight, the tool may generate an enormous to-do list that the user is expected to execute in entirety for their day’s work to be considered complete.

A huge list of tasks can, however, have the complete opposite effect. No one has limitless time, energy and resources at their disposal. A long to-do list would feel overwhelming and trigger procrastination as the user struggles deciding where they should begin.

So what’s the solution? Businesses and individuals can benefit from not throwing technology at every productivity problem. Often, what you might think is a productivity hurdle that is best resolved via a tool is in fact a structural defect in your systems of work. In this case, a new approach to people management that inculcates a problem-solving mindset and seeks direct solutions to inefficiency is a more sustainable (and cheaper) strategy.

For example, simply cutting down on the number of meetings people attend would give staff more time to actually get work done thus raising productivity. Many office meetings are in fact completely unnecessary. Even when they are needed, meetings are often plagued by numerous inefficiencies including being allocated a needlessly lengthy block of time by default. Cutting meetings is a non-tech solution with substantial productivity pay off.

Technology is a powerful ally. However, it’s crucial that businesses recognize when technology crosses the line and starts to be a burden. 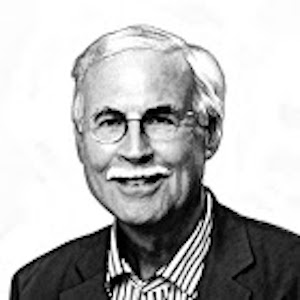