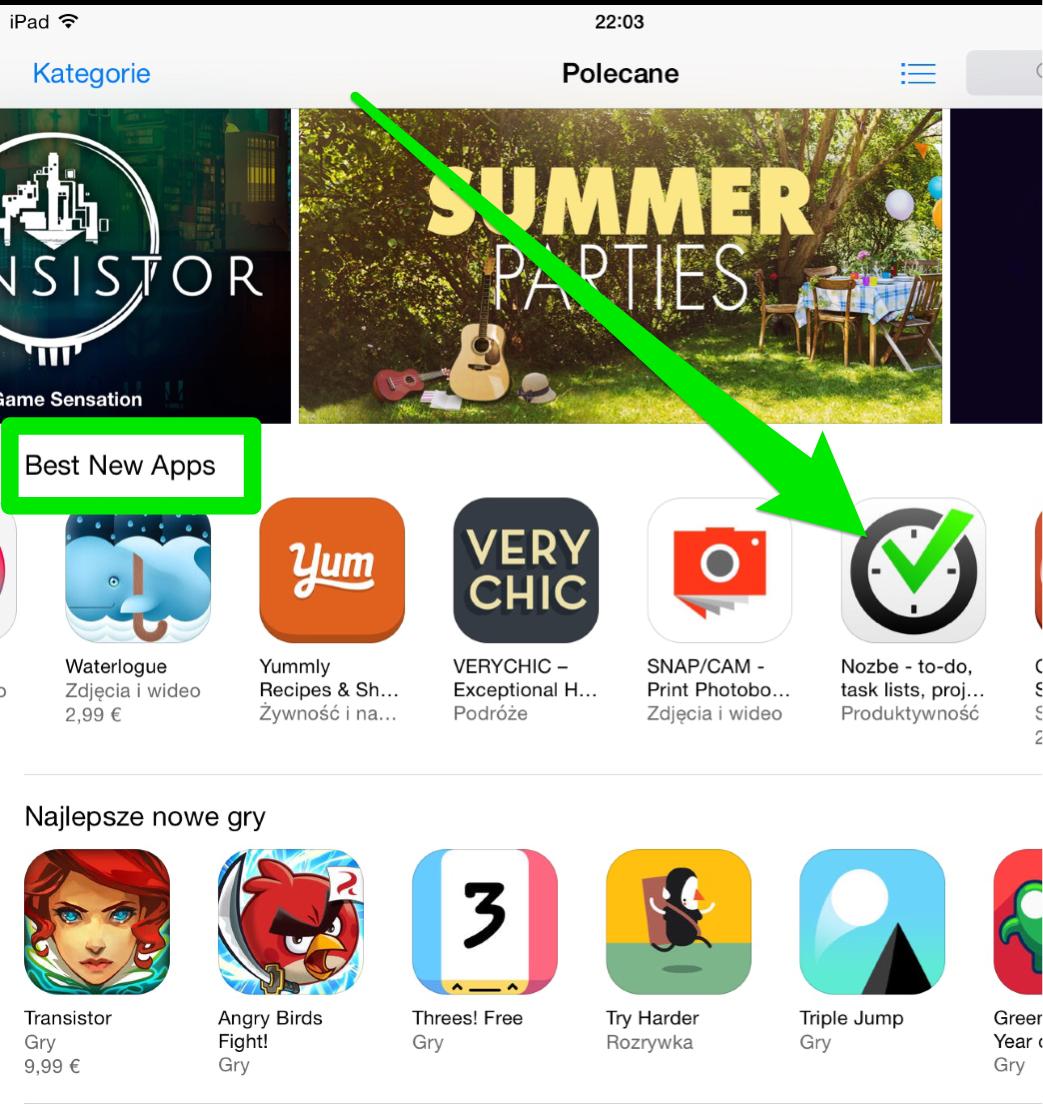 Today our Nozbe designer Radek noticed we were placed on Apple’s App Store front page on iOS (both iPhone and iPad) as one of the “best new apps”. Wow. We’ve been on the App Store for the last five years and I never remember Apple singling us out like this. It’s only on the App Store in Poland as far as I know but it’s great anyway! While I’m very happy about it and my team is ecstatic as they deserved such recognition, I’d like to share my “bigger picture” about it here:

Being recognized by Apple is nice. But by customers it’s better!

Yes, it’s nice to see your work being recognized by a big player like Apple. Especially after seeing that they usually recognize our competitors who are not really better than us…

But let’s remember one thing: Nozbe has been successful despite all that. We’ve managed to attract more than 300K users without being highlighted by Apple or Google.

All thanks to you - our amazing customers who not only use Nozbe but you also talk about it with friends. You refer them to Nozbe. You get things done with Nozbe every single day and you help others do that, too. Thanks to you we didn’t need to be singled out to be successful and become one of the leading productivity apps on the Internet. For that I thank you so so much!

Our next release with lots of improvements for the Apple watch and iPhone and lots of Android love… Is in App Store review so you should get it next week at the latest! Hopefully these improvements will put Nozbe on Apple’s radar for a longer period of time and most of all, will make you love Nozbe even more!

We do what we do for you, not for Apple, but if you like Nozbe, make sure to review it on the AppStore or Google Play, I would really appreciate it!

Question: Have you referred Nozbe to a friend lately? What did they say?

Sent by Michael Sliwinski, Nozbe CEO, from his iPhone 6 Plus