Negotiations Under Pressure - How to Secure a Deal Under Stress

Closing a successful deal isn’t easy with the business world’s ever-increasing pace. People have shortening attention spans and deals happen faster than before. The extreme pressure forces CEOs and other executives to close complex contracts through high-stakes negotiations where one slip-up can cost millions. The pressure puts these negotiators in a constant state of alert where some are prone to cracking under stress. Read this article to learn how to handle negotiations when things get stressful.

Some similarities can be drawn between high-stakes business negotiations and the highly pressured negotiations and decision-making required of military commanders. Much like business people in negotiations, U.S. personnel must foster relationships with other leaders while also gathering intelligence and making trade-offs.

What’s at stake for business people and military leaders is quite different, though both may feel pressure to make quick decisions. This article presents business case studies from advanced negotiation training, as well as real-world examples of military deals, and provides guidance on how to secure deals in stressful business meetings.

There’s simply no substitute for gaining direct experience negotiating with others. For this reason, expect to spend most of your time while on negotiation training courses mastering the role-play exercises. The type of negotiation, or product or service, doesn’t really matter. What matters is learning how you tend to react under stress and pressure.

Everyone has their own unique style, so best to come to terms with your own style and get to a point of choice, rather than have others push you around or lose out because you didn’t like the pressure.

High-Pressure Negotiations—What Not to Do

High-pressure situations have the tendency to go either very well or very poorly. With so much on the line, the negotiators on both teams don’t often walk away and speak at a later date. When a resolution is needed immediately, it’s likely that both teams end up walking away unsatisfied, or the deal that is made will come to have negative repercussions.

Remember, the deals you sign will often have long-lasting effects on your business. Acquisitions, in particular, could come back to haunt you. A key example took place during the 2008 financial crisis. Companies took government bailouts in exchange for breaking up their businesses, but asset valuations fell prey to negotiating under stress.

Eventually, the Italian automaker sought to buy out Chrysler to prop up their business. Though when Fiat went to buy out the union, the valuation of Chrysler caused issues. No one had determined if a $4.59 billion note paid to the union should count towards Chrysler’s value, landing both Fiat and Chrysler in court.

The takeaway here is that stressful situations are liable to cause negotiations that cost your company money. When Fiat negotiated its buyout clause, there was a lack of foresight to secure a valuation that helped future options. Likewise, the union also dropped the ball when faced with the prospect of making billions, and the pressure got to Fiat’s and the union’s executives.

When we’re stressed, we tend to lose our creativity. This is usually to our detriment, as our best ideas come when we’re able to access the creative parts of our brains. One of our best routes to noticing when we’re sinking into our fight-or-flight mode and losing our creativity is to become mindful.

Mindfulness has been practiced in the East for thousands of years. Mindfulness is now becoming increasingly popular globally at the negotiation table. If you are a member of a team, then commit to watching each other. If you’re negotiating on your own, then track your muscle tension to figure out early on when you’re becoming stressed.

You should also be watching and listening carefully to others in the negotiation room. A sure sign of conflict to come is interrupting each other, especially using the word “but.”

Use Time Pressure to Your Advantage

Now that we’ve seen how stressful situations and snap decisions can influence negotiating, let’s talk about time pressure. Time pressure refers to using limited time in your favor. If you know the other negotiators’ wants (or needs) to close on the deal, the opportunity may arise to act on your own agenda. Leveraging time is a time-tested strategy to gain the upper hand in high-pressure situations.

In our previous example, Chrysler and Fiat were both under time pressure to get their deals made quickly. Chrysler needed the bailout, and Fiat wanted to secure the best buyout clause while the deal was available.

In an ideal negotiation, Fiat time pressures the Treasury Department into writing a deal where the $4.59 billion note would count against Chrysler’s valuation (lowering the buyout price for Fiat). The time pressuring happens because the Treasury Department needed to bail out Chrysler to save American jobs. Fiat could have backed away from the table and used Chrysler’s impending collapse to push the Feds into writing in their chosen buyout clause.

As it happened, Fiat missed the opportunity to control talks and instead panicked themselves into signing a contract that left key benefits (buyout options) on the table.

To gauge the effect of a delayed deal on the person or people you’re negotiating with, train yourself to write down questions such as:

If you are working on behalf of a company, talk with your colleagues to get as much time as you can to tie up the deal, so that time doesn’t end up haunting you. Also, ensure that your colleagues are not talking to the other side. This could undermine your position by having time and other factors acting as leverage against you.

When high-pressure negotiations go well, the payoff is typically tremendous. After all, you’re not putting yourself through all the stress to only make pennies. While we touched on pressuring the other business involved, sometimes cooperation works better than arm-twisting.

The Harvard Business Review studied high-pressure military negotiations and uncovered both positive and negative examples of negotiation. Of the better examples, one, in particular, stands out.

Williams then went to the village where the identified men lived and asked the elders to stop placing the IEDs. The villagers demanded money (time pressure at work), but Williams didn’t panic. Instead, Williams asked the elders, “Why?”

Williams started probing the villagers’ motives and learned that the villagers were poor and didn’t want to appear like informants. Williams then made a counteroffer to the villagers: the military would continue to determine the men’s identities, but the elders would take them to the nearest U.S. combat outpost.

The elders liked the offer but worried the men placing IEDs were only trying to earn money for their families. Again, Williams took the elders’ concerns into consideration and devised another plan. Williams pitched that his team would enter the men’s names into a database but let them return to the village. Through this approach, the elders could build trust within the village for handling the situation and help the U.S in the process. The elders agreed.

Not long after, Williams started receiving numerous reports of weapons caches. Locals also began warning him about IED placement. With lives on the line, Williams successfully negotiated his position without a hardline stance.

In your business negotiations, train yourself to meet face-to-face with your supplier or customer whenever possible. Meeting face-to-face builds trust and credibility—vital to getting your discussions onto a collaborative path.

Go for early wins by finding shared goals. Early agreements build momentum and confidence. There’s a high risk in tackling the most difficult areas of disagreement too early.

Collaborate When You Can

Captain Andrew Williams showed this advanced collaborative strategy perfectly in our last example of a successful high-pressure negotiation. Instead of caving to the elders’ demands or trying to wield his power, Williams took an understanding approach.

Williams attempted to collaborate with the villagers and reached an agreement that benefited both the U.S. troops and the village elders. Even with lives on the line, Williams negotiated with each group’s best interests in mind.

In the end, the collaboration ended up paying off beyond Williams’ initial negotiation. Williams may have gained more intel than if he had taken the threatening approach.

We can easily translate this situation into the business world. Negotiation training teaches that making an effort to collaborate on a negotiated solution could yield further business down the line. Sometimes, it pays to be friendly when possible. Don’t burn bridges over stressful negotiations unless it’s the only option (or you don’t plan on collaborating with that company again).

One of the best pathways to gaining collaboration is to earn it. Start by doing the other side a favor. Favors demonstrate that you’re looking out for the other negotiators' interests. It also shows that you’re not only interested in meeting your own needs. Favors invoke the universal human principle of reciprocation. This is essential in collaborative relationships.

When you look out for others’ needs, they feel obliged to return the favor and look out for your interests. So be the first to invest in others.

Successfully negotiating under pressure varies depending on your unique situation. There are many different strategies that can be used, from simple to advanced, but among the most useful are time pressuring and collaboration.

When the going gets tough, be careful not to fight or fly in response to the pressure. With most business relationships, you’ll do better in the long run by collaborating. 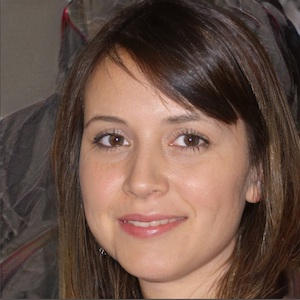 Sidney Farish
With a degree in linguistics, content creator and editor Sidney Farish, is passionate about using language to create connections, foster learning, and move entrepreneurs towards their business goals.
See related posts
See other posts
←4 Keys to Successful Strategic Planning With Your Team How to Automate Small Business Security→