Regarding Nozbe 2.5 for iOS and Apple Watch 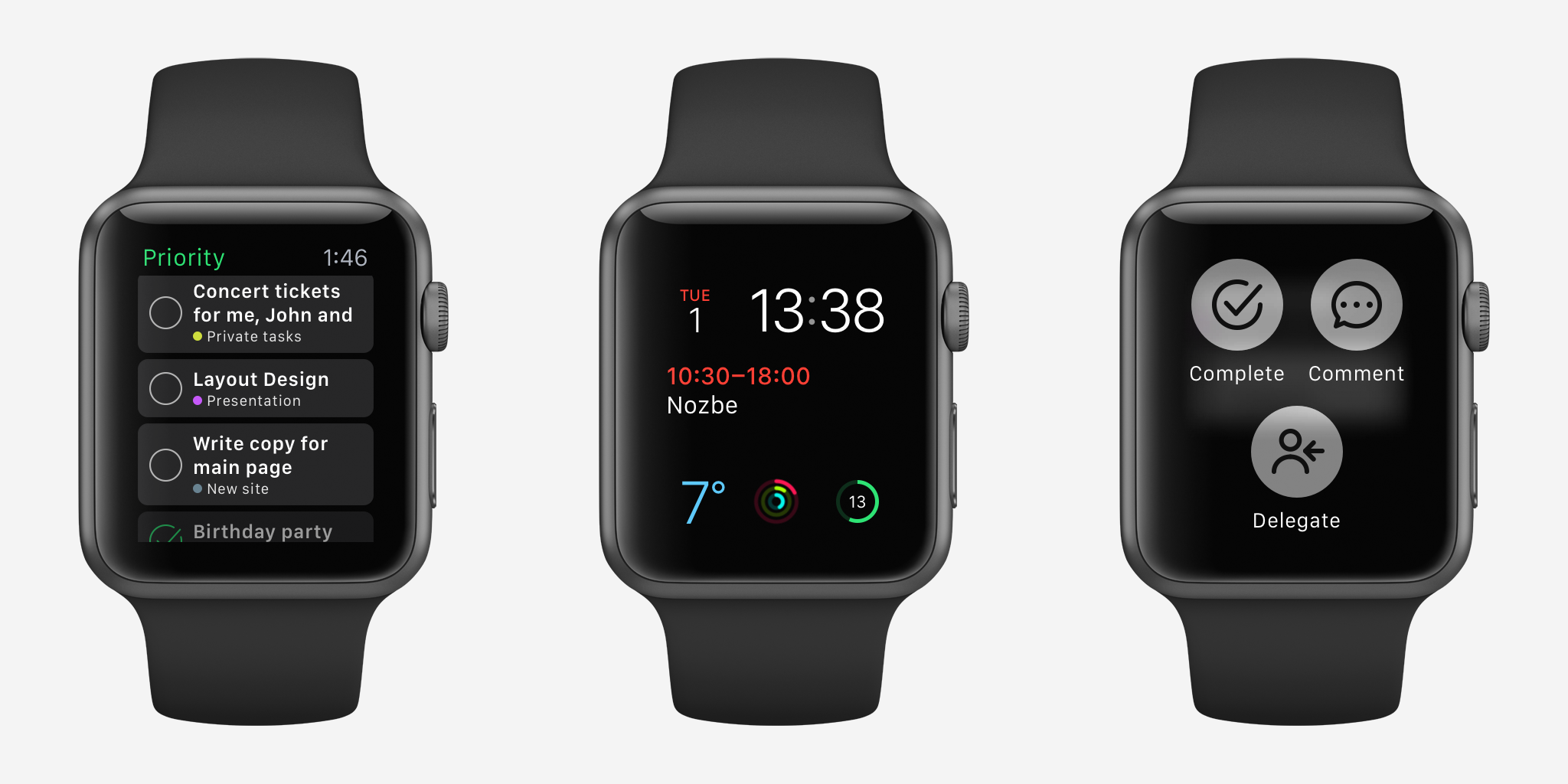 A few weeks ago, we announced a major new version of Nozbe, 2.5, featuring a brand new design and a bunch of new features for Android, iOS, and Apple Watch users. There’s only one problem: the new Nozbe still isn’t available on App Store.

We think we owe you an apology and an explanation.

The problem began when we decided to update our Apple Watch app to watchOS 2. Although the second version of Watch’s operating system looks and feels largely the same, for app developers it meant big changes. We put off the update for a while, but we had to do it in Nozbe 2.5 to implement the new Complication.

Unfortunately for us, some changes Apple made to the App Store surrounding watchOS 2 apps made us literally unable to submit our app for App Review.

If you care about technical details: Apple has changed Bundle ID rules. Bundle ID is just a unique identifier computers use to tell apps apart. And with watchOS 2, they changed which identifiers are considered valid. And the one we picked for our Apple Watch app was suddenly no longer valid, so we couldn’t use it anymore. But the thing is, Bundle IDs stay with apps forever. Once you ship an app on App Store, you simply cannot change its Bundle ID.

Yes, our problem was this comically stupid. But it was hardly funny for us. Nozbe was stuck in a limbo, unable to move forward or step back. And there was nothing we could do about it — only Apple engineers could fix the bug and let our app pass.

If you’re using Nozbe on your Apple Watch, we’re really, really sorry about this, but we had to do it.

We got desperate. We’ve been waiting weeks for the App Store team to help us, and we’re still waiting — with no idea when the fix will come. We owed it to our iOS users to give them Nozbe 2.5 (only a few percent also use Nozbe on Apple Watch), and the only way to do it was to remove the Apple Watch component from the app.

Solution for our Apple Watch users

But fear not. We can work around it. Although App Store bug prevented us from shipping our Watch app, our beta-testing system, TestFlight, doesn’t have the same limitation.

If you sign up for TestFlight, you’ll get an early preview of Nozbe 2.6, and the new Apple Watch app:

Just enter your email address in this form, and we’ll invite you to TestFlight as soon as possible.

Although we’re still struggling with 2.5 on iOS and watchOS, the next version of Nozbe is almost ready to go. We hope that shipping this version without the Watch app will fix the App Store problem and we’ll be able to submit 2.6 quickly — or that Apple will get back to us and just fix the underlying bug.

We’re sorry about this mess. I wish we could’ve shipped the redesigned Nozbe weeks ago, and we didn’t have to use TestFlight as a hack to give you access to the new Apple Watch app. Hopefully it will all be resolved soon.

PS. Since the last blog post we made a few improvements to the Watch app:

See related posts
See other posts
←The 5 A.M. Miracle Book by Nozbe user Jeff Sanders: Dominate Your Day Before Breakfast Why Black Friday/Thanksgiving weekend sale is the perfect time for Nozbe users to start getting organized?→