Distractions are a killer. In fact, studies have been done on this, and they show that the average worker losers 759 hours a year to distractions. That’s 759 hours of your life that could have taken you closer to goals and dreams that could change your life. It’s crazy, and it’s going to be a wake-up call to many.

We’re sure you’ve often wondered how A-Players perform at their peak all the time, while the rest of us fall by the wayside. What is it that allows some people to get more done than the rest of us? Is it desire? Motivation? What is it that stops people from being distracted and allows them to be insanely focused and productive?

According to Cal Newport, the difference might lie in something called Deep Work.

What is Deep Work?

“Deep Work” — is it just another buzzword or a concept that could actually improve your life?

The idea of Deep Work entered the mainstream when Cal Newport — a seemingly nondescript computer scientist — wrote the book Deep Work: Rules for Focused Success in a Distracted World.

According to Cal, Shallow Work is defined as any work that can be performed while distracted. In other words, it’s so-called menial work that doesn’t demand much of us mentally and ultimately contributes little — if any — meaningful value.

Deep Work, on the other hand, demands more of us mentally. It’s work carried out in a distraction-free zone — mentally and physically — and it pushes us to our cognitive limits. Deep Work creates value for the world, and it also gives us the chance to improve our skills.

In other words, Shallow Work is work that cogs in the machine complete, often according to a pre-defined system. Deep Work, conversely, requires one to experiment, explore and take new risks. It’s work carried out by entrepreneurs and suchlike — and it requires one to adopt new habits.

Of course, you don’t have to be an entrepreneur for the concept of Deep Work to work for you. The idea is to use Deep Work to boost your personal productivity. The essence here is working in a way that maximizes your gains and happiness — and limits distractions and losses.

“The man who chases two rabbits catches none.”

There’s a myth that multitasking works — but who are we kidding, it really doesn’t. According to research, productivity drops by as much as 40% when we multitask. Switching repeatedly from one task to another creates confusion and a loss of focus.

From now on, zone in on one task at a time. If you check the news “for a minute” while working on a report, you could easily lose five minutes before you know it.

2. Schedule and be specific

The paradox of choice is an issue. When we have more than one thing we could be doing, we inevitably waste lots of time making our minds up… and we often end up not making a choice anyway. This can happen when you don’t schedule. There are a few things you can do — but which should you pick first?

From now on, schedule your whole week. This cuts out any time wasted on making decisions during the week.

Take a look at your low-value tasks. Are there any that are adding so little value to your life that you could cut them altogether? If so, cut them.

Schedule your high-value tasks, but be specific with what you need to do to complete them. Instead of adding “Write a report,” go into details with actionable steps. For example:

3. Pick a philosophy that suits you best

The key to making Deep Work work for you is choosing a so-called “depth philosophy” that fits you best. We all work differently, and the great thing about Deep Work is that it’s flexible enough to let you pick a work habit that allows you to excel.

Here are the four depth philosophies:

With the monastic philosophy, you will eliminate shallow obligations. This means focusing most — if not all — of your efforts on a value-driven, high priority goal.

It’s a simple enough philosophy, but it isn’t for everyone. If you’re a driven person who has an insatiable desire to succeed, it’s certainly one well worth experimenting with.

The bimodal philosophy is more flexible than the monastic one. It dictates that you need to dedicate some of your time to high value pursuits, but it also lets you divide your time between these high value goals and anything else you want to do.

Of course, during the so-called “deep time” you will work monastically, foregoing distractions. However, during your shallow time periods, you can do what you want.

It’s up to you how and when you divide your time. Perhaps you decide to spend four days at a stretch dedicated to deep time and the next four days dedicated to shallow time. Experiment and find what works best for you.

The premise of this one is simple enough: get into the rhythm of Deep Work so that you no longer have to commit time and energy deciding when and how to go deep.

Ergo, it requires you to create a routine so that you build momentum and entering Deep Work mode feels as entirely natural as getting out of bed in the morning. Once you establish this routine, you’ll be in a rhythm, and you’ll be well on your way.

This philosophy is so-called because it’s based on the belief — or the reality — that a journalist can enter work mode at a moment’s notice.

Let’s say a major news story breaks. A journalist might not have been planning to work tonight but they now have to. But can they pull this off? Of course they can — because they’ve been trained to.

Now, as you can imagine, switching to Deep Work mode at a moment’s notice isn’t for the novice among us. It requires practice and effort.

A lot of the time, it relies on motivation. Are you motivated to suddenly start working at the drop of a hat? If not, start thinking about what motivates you. Ask yourself, “If I started working now, what would I stand to gain?”, and then picture the amazing benefits.

Random phone calls or text messages can really break our focus, especially when the news isn’t good. Imagine if you were really focused on your work when all of a sudden you get a text from a friend who’s intent on picking a fight with you. All of a sudden, your focus is lost and your state has changed. Something is now on your mind, and your productivity is going to drag.

Make yourself hard to reach. Turn phone notifications off with the possible exception of your partner or family members in case of something urgent. Log out of Facebook. Don’t worry that you might develop a reputation as someone who is hard to reach. This is your life and sometimes you need to put yourself first.

5. Implement the four disciplines of execution

According to Cal Newport, there are four disciplines of execution that bring us nearer to our goals faster. These are:

All in all, Deep Work isn’t going to be easy to implement for everyone. It requires planning and effort — and lots of it. Most people don’t adopt the Deep Work method. If you do, you’re one of the rare ones.

And if you’re one of those rare ones, you could take your game to the next level. 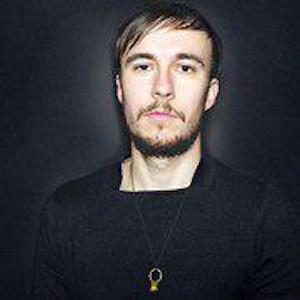 Aljaz Fajmut
A digital marketer, internet entrepreneur, and the founder of RankTrackr and Nightwatch — search visibility tools of the next generation. Check out Nightwatch blog and follow him on Twitter: @aljazfajmut.
See related posts
See other posts
←Ask Michael S04E21: David Allen Learn to negotiate and see how to buy a laptop you actually need - new Nozbe.how project templates.→