Which New Year’s resolutions will you keep?

Why do New Year’s resolutions fail?

New Year’s Day is just like every other day of the year. The only difference is that we tend to sleep a little longer and/or wake up with a hangover. Although each significant date inspires thoughts of changing something, it doesn’t mark the start of a new life. We’re still the same people, so why would anything change over one night?

By definition, the very word “resolution” implies that we’re imposing something on ourselves. By making New Year’s resolutions, we’re trying to please our Superego (part of the psyche constituted from obligations and social norms), which makes our life impossible to live because, according to the rules stored there, we’re not behaving properly. So, to clear our conscience from guilt, we either need to improve ourselves or, at least, have the intention of doing so. Somehow, the beginning of the new year creates this illusion that we’re also starting out a new life.

Which resolutions are we most likely to achieve?

The answer is: those that account for our actual capabilities, as well as the ones we make in a certain state of mind, in which the desire for change is felt wholeheartedly.

Although we often feel that something is good for us, we fail at implementing the changes that we’ve promised ourselves to make. For example: we know that we should lose weight, as obesity may cause serious health problems like diabetes or hypertension. On the one hand, we’re afraid of getting sick, but on other, we can’t force ourselves to work out or give up sweets.

That’s because we’re experiencing an internal conflict – i.e., we have contradicting intentions. At the same time, we want and don’t want to lose weight. To resolve this conflict, we need to find out what we really want. For instance, slender women are generally considered attractive. But maybe, deep down in her heart, a woman doesn’t want to be attractive, as someone might fall in love with her and, in this way, expose her to closeness, love, and commitment – in short, everything that she’s so afraid of. Or maybe that’s her way of expressing rebellion: I won’t succumb to the generally prevailing standards. I want to stay the way I am, and I want to be loved for who I am. Or, perhaps, the key motivation is sickness. When I get sick, someone will take care of me, I’ll punish myself for something, etc.

Get to know yourself

If you really want to change something in your life, then the first step is to get to know yourself better: discover your hidden intentions and inner conflicts within you. The implementation of New Year’s resolutions is usually hindered by at least two conflicting options. Very often, we’re unable to see this as we’re focused on pursuing just one side, neglecting the other one. However, regardless of whether we see it or not, they still fight with each other, making it impossible to implement changes. Hence, we need to identify them, understand what they want and accept the fact that each one has its reasons. Only when we do that, changes can be negotiated. It’s a similar case as with the weight loss example. On the one side, there’s the Superego: it knows that something must be done to prevent us from getting sick. It’s rational and approaches matters sensibly. But there’s also the other side, which, for example, is afraid of closeness, so it doesn’t want us to be attractive. The Superego will perceive it as foolish and will not want to listen to it. What we need at that point is deeper self-reflection. If the other side is afraid and protects itself from being attractive, then, apparently, it has justified reasons for such behavior. Only understanding the problem and identifying its root causes, as well as developing compassion, will help reconcile the two sides and protect you from tripping ourselves over.

But remember! Inner conflicts can’t be resolved by the victory of one of the options. In such a case, the defeated side will start conspiring, launch a partisan war and, ultimately, prevent, complicate or delay the implementation of changes. That’s why, despite their conflicting motivations, both sides of our “self” need to understand each other and get along.

Are there any shortcuts?

Some people believe that to succeed in achieving your New Year’s resolutions you simply need to start practicing new behaviors, change your way of thinking, repeat affirmations or apply certain tricks, and then it will be possible to implement changes.

Unfortunately, sooner or later, those parts of the psyche that have been pushed to the side will start to live their own lives, manifesting themselves in the form of various symptoms – for example, diseases. Sticking to the weight loss example: you’ve finally forced yourself to hit the gym. It starts out promisingly. Suddenly, one day, you get injured. Different example: after months of talking about it, you finally hit the pool, but soon afterwards, you develop a sinus infection. You can’t fool your psyche. Only its integration into the whole process and the awareness of the contradictions within you will allow you to make lasting changes. Leaving anything out and ignoring inner conflicts will sooner or later turn against you. Change is a long-term process. As with board games, by taking shortcuts, you risk that every once in a while you’ll have to move back a few spaces or return to the start. 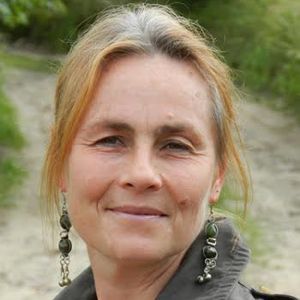 Anna Lissewska
Psychotherapist since 1992. Member of the Rasztów Institute of Group Analysis. She mainly conducts individual psychoanalytic psychotherapy (also online), as well as group analysis and couples consultations. Visit her website
See related posts
See other posts
←Create your personal productivity planner Even more tips on how to learn a new language and get a great job - The Podcast (December 2017)→